Stephen F. Austin State University’s SFA Gardens will host the monthly Theresa and Les Reeves Lecture Series at 7 p.m. Thursday, Feb. 9, in the Brundrett Conservation Education Building at the Pineywoods Native Plant Center, located at 2900 Raguet St. Bob Byers, the director of the Fort Worth Botanic Garden, will present, “Great Perennial Borders Don’t Just Happen; They’re Always Works in Progress.”
Byers holds a master’s degree in landscape architecture from Louisiana State University. He has worked professionally in Wisconsin, Florida, Alabama and Arkansas before joining the staff at the University of Arkansas. Beginning in 1994, he served as curator and then associate executive director of Garvan Woodland Gardens where he helped build new gardens and facilities totaling over $18 million.
Bob has published articles in a number of regional and national publications and presented programs at several state, national and international conferences. He became director of the Fort Worth Botanic Garden in April 2015 and is currently focusing on getting to know the garden and its many supporters.
The Theresa and Les Reeves Lecture Series is held the second Thursday of each month and includes a rare-plant raffle after the program. The lecture is free and open to the public, but donations to the Theresa and Les Reeves Lecture Series fund are always appreciated.
Parking is available at the nearby Raguet Elementary School, located at 2428 Raguet St., with continual shuttle service to the Brundrett Conservation Education Building.
For more information, call (936) 468-4129 or email sfagardens@sfasu.edu. 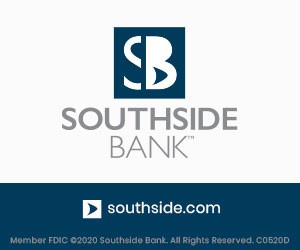